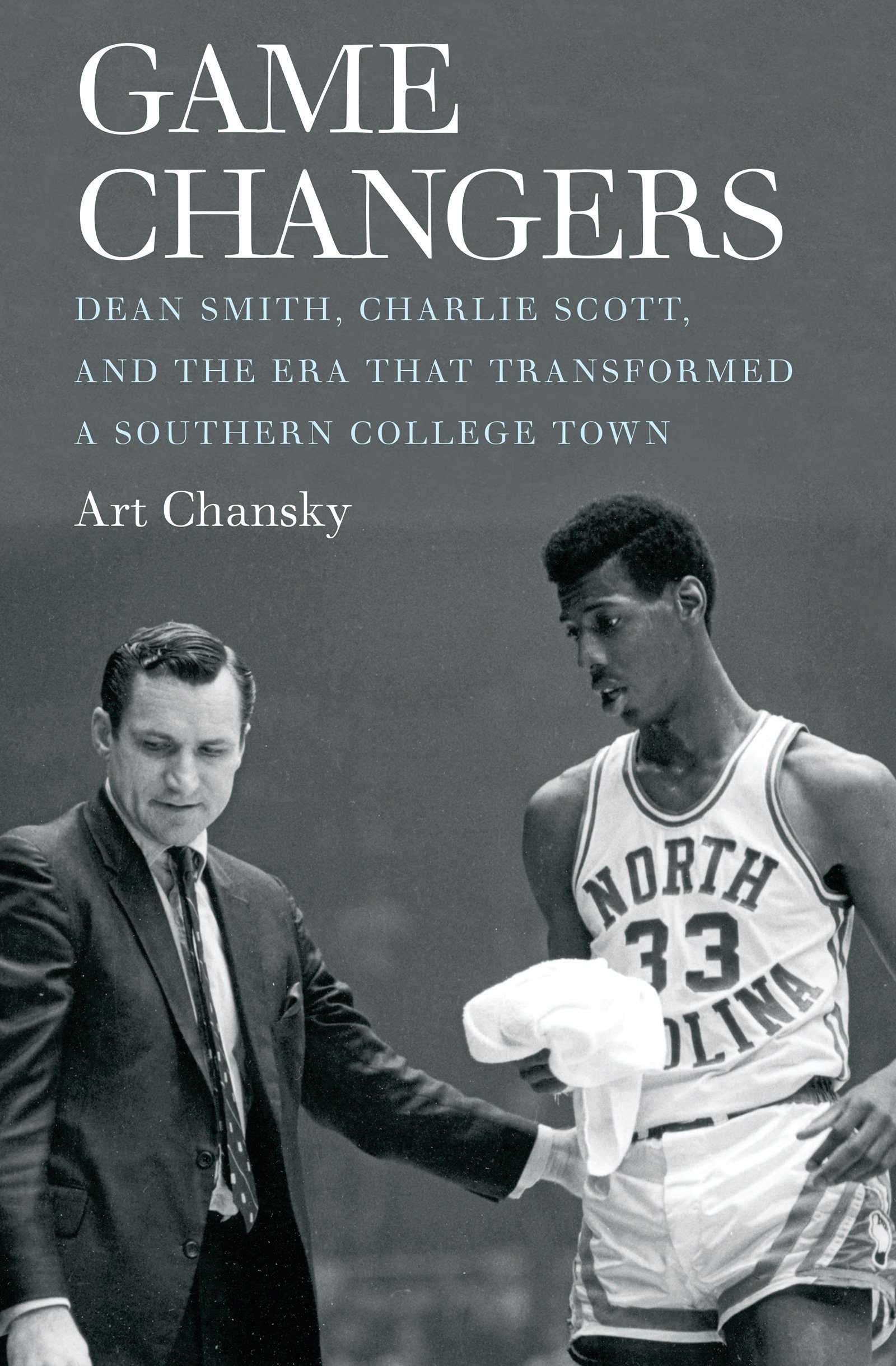 Every semester I have so many books to read for each of my classes that it can be overwhelming. Some of the books are okay, a few are pretty good, and others are boring or even horrible. Occasionally I am assigned to read a great book. This semester that book was “Game Changers” by Art Chansky.

In a nutshell, Charlie Scott integrated men’s varsity basketball at the University of North Carolina-Chapel Hill when he took to the court for his first game in 1967. He went on to have an incredible career at Carolina as well as becoming an Olympic gold medal winner and an NBA champion.

Fortunately, Mr. Chansky goes inside the shell and into the meat of the nut with his account of Scott’s time at Chapel Hill. Charlie Scott was one of the game changers. The other one was Dean Smith, UNC-CH basketball coach.

Chapel Hill is fundamentally a southern town with a typical southern history of racial discrimination and resistance to change. Mr. Chansky recounts much of this history that has a clear relevance to current events on campus, in the town, and in the state.

Smith’s goal was to integrate the basketball program at UNC-CH. He knew exactly what he needed to open the door for minority players. He needed Carolina basketball’s first black scholarship athlete to be a superstar. The idea was not to just chip away at the color barrier but to bulldoze through it. It wasn’t a painless process as the 172 pages tell.

With all the myths and legends that have grown around Scott and Smith, Mr. Chansky gets to the real truth of this rocky period. Integration wasn’t coming easily to Chapel Hill. Scott had an impressive college career, but encountered blatant racism, unfair treatment, and was painfully lonely on campus. Out of the university’s 13,000 students, Chansky says, only about 50 were African-American. Even as a star player, Scott felt isolated on the overwhelmingly white campus.

But by the time his college career ended, Scott had changed basketball at the university, in the state, and in the ACC. Smith led the school and the area into a different racial climate than what had previously existed.

This book has to rate as one of the most insightful books about college sports during the mid to late 1960s. But to simply refer to it as a sports book is misleading. It’s more related to social history than sports.

If you like UNC-CH sports, especially basketball, or UNC-CH in general, and are some what curious about the town’s history and its effect in the university in the backdrop of the basketball program, then this book is a must read. We can’t change or escape our history, but we can and must learn from it.