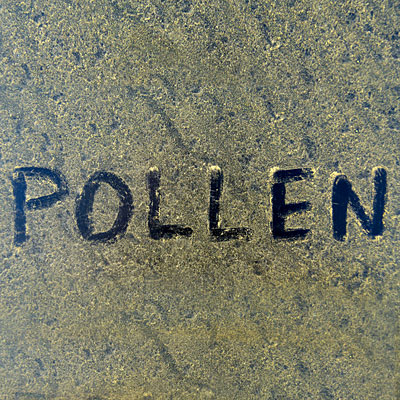 My mom told me this story from when she was in college and I have to share it. So the friend is her friend.

A couple of weekends ago this friend of mine went home. He hadn’t been home since winter break and just felt a visit with his folks was probably overdue. His parents live in an old, established, and very peaceful neighborhood. He was looking forward to a couple of days of quiet and to catch up on some much needed sleep. This got severely interrupted when a multitude of blaring sirens sped down the street of his parents’ home.

He and his parents ran to the windows to see what was going on. Stopped in front of their neighbor’s house was a fire truck, an ambulance, a police car, and the hazmat team. Concern and curiosity caused most everyone living on that street to go outside of their homes to get answers to what appeared to be a very serious situation. (Note: if you see the hazmat team on your street, it is probably not a wise move to be running outside.) The lady that lived in the house was new to the neighborhood and had lived there only a couple of months. She seemed nice. Most everyone had met her, but no one really knew a whole lot about her other than she was from somewhere close to the Canadian border.

The woman had called the local authorities about what she thought was a hazardous material in the area. She reported a greenish yellow haze in the sky and winds blowing massive yellow clouds that were depositing a yellow particulate dust on everything—her car, the deck, the bird feeder, her yard. She said that her nose was burning and she was choking and having trouble breathing. Though she readily answered the door for the responders, she would not step outside, she was convinced that this was some type of toxin or hazardous material coming from a chemical plant that must be nearby.

The hazmat team looked around. The medics checked out the lady’s symptoms of sneezing, itchy and watery eyes, coughing, and difficulty with breathing and treated her for an allergic reaction. The hazmat team noted that outside there definitely were yellow dust clouds being whipped around by the wind and the air had a yellow smoky appearance. A yellow film covered everything outside—windows, roofs, lawns, cars, patio furniture.

Within a few minutes they identified the substance. It was pine tree pollen. The hazmat team explained to the woman, and the neighbors who had come outside, that although pine tree pollen erupts each spring that this year had been unusually bad with the thick yellow-green dust filling the air on most every day this spring. Pine tree pollen is always going to be the worst visible nuisance dust, but this season the air so so full that it is being carried everywhere by the wind and blanketing everything below it—sidewalks, pets, cars, ponds, and anything else.

The medics continued to tell everyone that although most people aren’t allergic to pine tree pollen, some people will experience hay fever type symptoms such as sneezing and watery or itchy eyes.They recommended that the woman, and anyone else having allergy symptoms, stay inside when the pollen count is high or wear a mask if they must go outside during that time of the day.

Someone asked if the pollen presented any concern or health hazards and was told only if a person is susceptible to asthma as that can be a life-threatening condition.

The hazmat team and other responders tried to convince the woman that there was nothing to worry about and that she was in no danger of being contaminated or in contact with hazardous materials or toxins. Though she thanked them, she did not look convinced.

The fire truck, ambulance, police car, and hazmat team then left. People went back inside their homes and the neighborhood was quiet again.

A few days after that and back at school, his parents called. The lady had put her house up for sale. They asked her where she was moving and she replied back up north, as far north as she could get.